During the first month of my summer vacation I had an opportunity to visit the DLR – Deutches Zentrum für Luft und Raumfahrt (i.e. German Aerospace Centre) at Oberpfaffenhofen near Munich in Germany. The DLR is a branch of the European Space Agency (ESA).

But before I proceed any further, a little background on how this happened.
Our first stop in Germany was Munich. The host of the place where we stayed, works at the DLR. On hearing of my interest in space and technology, he offered to show us around the department he works in (which I most enthusiastically accepted!).
And so the next day, we visited the German Space Operations Centre (GSOC) of the DLR. It is here, where communication takes place with the astronauts on board the International Space Station (ISS). GSOC has played a key role in operating a multitude of manned and unmanned spacecraft missions for the past 35 years. Currently, they are preparing for operations on the European satellite navigation system: Galileo, a constellation of 30 satellites which will be in control of the DLR for at least 20 more years.
We were also shown a scale mock-up of Europe’s module on the ISS, the construction of which, our gracious host was involved in. In the same area, was a pilot simulator mounted on a massive KUKA robotic arm. 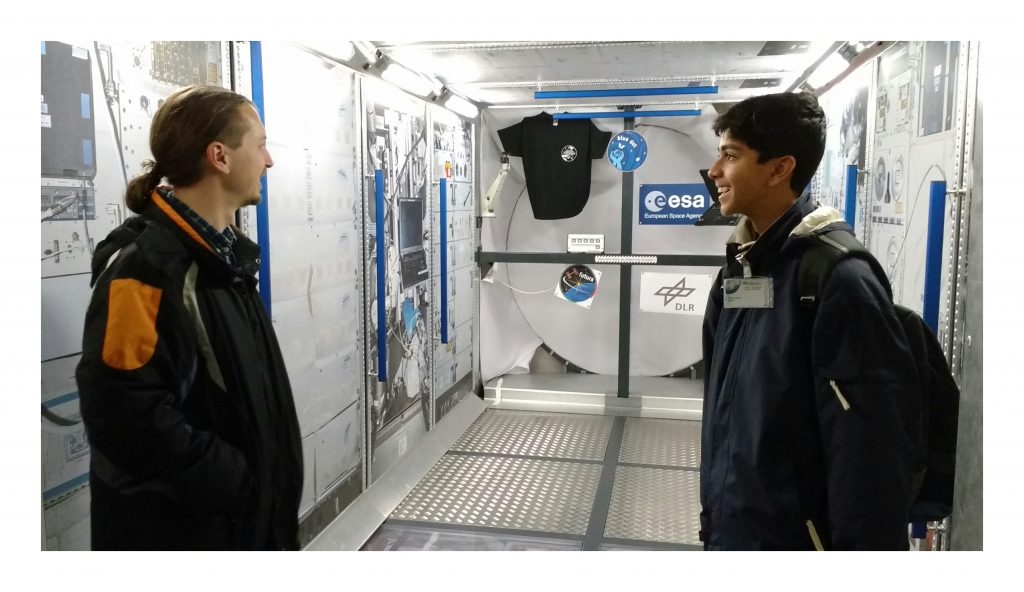 The highlight of our visit: a once-in-a-lifetime opportunity to see the redundant control room of GSOC. In other words, all the activity that happen in the main control room also takes place on the computers and real-time monitoring systems in the redundant room. In the eventuality that something goes wrong in the main control room, the personnel would still be able to continue operations from the redundant room. And this is where I learn’t the rule of redundancy: Everything should be redundant.
In the redundant room of GSOC, I saw the astronauts’ work time-table, current location and signal transmission status of the ISS, various communication and earth monitoring satellites’ locations, heard live communication between other control centres all over the world (like the one at NASA!) and even sat in the redundant chair of the COL FLIGHT! (Flight Director) 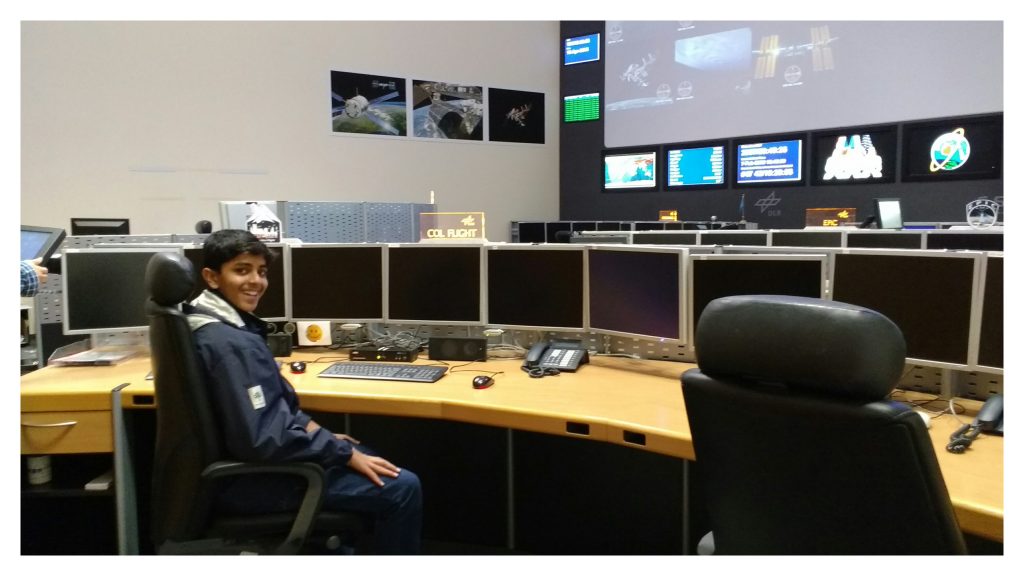 The visit to GSOC was the best part of my vacation and I will remember it forever.
There were two major things that I learn’t on this visit:
The first, as I’ve mentioned earlier, the importance of redundancy.
The second: Pass it on. Pass on the knowledge and experience that you have, to those who share an interest in it. Help a spark of interest become a flame of knowledge. The knowledge that I have gained on this visit will be invaluable to me because it was through an experience. Fernando saw my interest and decided to pass on a part of his experience to me.
As Louis L’amor once said “Knowledge is like money: to be of value it must circulate, and in circulating it can increase in quantity and, hopefully, in value.”
Thanks for making this possible Fernando!